Influencer marketing is a multi-billion dollar industry with no signs of a slowdown. Statistics show that the return on investment for this type of marketing is at least 500 times the initial expense.

With this massive potential for ROI, it’s no wonder so many businesses are making room for influencers in their marketing budget.

Your hotel can effectively partner with this industry by becoming influencer event-friendly. It may be outside your comfort zone, but there’s a reason so many other hotels are going for it.

Booking influencer events can accelerate your promotions and bring in sales.

Here are the reasons why your hotel brand needs to build its influencer-friendly reputation.

1. The Rising Impact Of Social Media And Internet Influencers
2. Statistics On Marketing With Influencers
3. Levels Of Influencers
4. Choosing Your Influencer
5. Making Your Hotel Influencer-Friendly

The Rising Impact Of Social Media And Internet Influencers

In a way, influencers are just a new spin on a very old concept — word of mouth recommendations. We’ve always looked to people whose opinions we trusted for their advice on new ideas, styles and things to try.

Thanks to the widespread use of social media, today’s influencers do the same thing but with a much wider audience.

The Role Of An Influencer

As social media expands, billions of people search for experts they can trust to provide them with information or inspiration to help them make decisions. Those with a reputation for knowledge in a niche area offer their expertise and build a following.

The more followers an influencer has, the more power they have to inform decisions and establish trends. Brands like hotel companies recognize this potential and attempt to create partnerships with influencers who share a similar target audience.

The Power Behind An Influencer/Brand Partnership

An influencer has a degree of trust with their followers. By sharing their life online and presenting themselves authentically, they increase the likelihood that their followers will feel comfortable following their recommendations.

Of course, if an influencer recommends something that isn’t well received, it will harm their reputation as well. Influencers with wide followings must stand behind the products and brands they promote.

It can be mutually beneficial for businesses and influencers to create a partnership. Both sides can gain a wider following as a result of working together.

Businesses can pay influencers for their time or just provide free products and hotel services in exchange for the influencer promoting them positively to their followers.

Another way to earn positive reviews and entice new customers is to ensure that your hotel is up-to-date on all the latest trends. Read more about some newer hotel amenities growing in popularity.

Statistics On Marketing With Influencers

These kinds of “collabs,” as they’re known in the influencing world, used to take place between brands and celebrities. Businesses would fork over a huge chunk of their marketing budget to hire a celebrity spokesperson.

Because influencers have a personal connection with their followers that A-list actors and singers don’t have, the level of consumer trust escalates.

For much cheaper than a collaboration between your hotel and a celebrity, you get a statistically significant return on your investment, and the numbers don’t lie.

Influencer Partnerships By The Numbers

So how much can you expect to pay to have your hotel promoted by an influencer?

The answer depends on a few factors, such as how wide their following is and what your industry’s niche includes.

An influencer can charge anywhere from $30 to $3,000 for one sponsored post, depending on their level (more on this to follow). You’ll also be expected to supply them with the product or service for free, so they can try it out and share an informed opinion.

One study, published in the Influencer Marketing Benchmark Report 2022, predicts growth in this industry to show an approximate annual intake of over $16 billion.

According to the same report, the metrics recorded close to a 600% return for every dollar spent on brick-and-mortar and e-commerce influencer marketing. Many companies reported up to an 1800% return.

Brands That Are Using Influencer Marketing

Are your other marketing techniques bringing in a 600% ROI? If not, your next strategy should be moving to booking influencer events at your hotel, as these businesses are currently doing.

If these big players are investing in influencer marketing strategies, there has to be something to it.

Let’s break down the tiers within the industry to find the ideal level of influencer for your brand to partner with.

Travel Gifts: How To Reward Your Loyal Guests The audience your influencer (and you, by extension) reaches depends on their level of influence. The wider their demographic and greater their expertise, the higher their level.

You can expect to pay more for influencers with a high ranking, and less for those who are starting out or have a small following.

The categories of influencers are usually broken down into tiers separated by their number of followers. From the largest to the smallest followings:

The nice thing about this model compared to the old-school celebrity spokesperson model is that the cost of entry is relatively low. Just because you can’t afford to work with a Mega influencer like Kim Kardashian doesn’t mean that this strategy can’t be adapted to your business and your budget.

You still have many other partnership possibilities that can be highly beneficial to your brand.

Learn more about each category of influencer below to get a sense of where to start looking for the right new partner for your brand.

As the title states, this category of influencers is reserved for people with some celebrity status. Because they’re so well-known, they have a massive following — possibly millions of people — across multiple social networks.

People don’t have to be a celebrity first to reach the status of a mega-influencer, but it helps. Charismatic influencers who work hard and have strong marketing strategies can reach the coveted million-follower mark on their own.

If you plan to approach a mega-influencer for a brand partnership, you should expect to pay for the privilege. They will have a professional team supporting them, who you’ll negotiate with.

Some influencers at this level charge fees in the neighborhood of $1 million per post.

The next category down is the macro-influencer. They’re still very impactful, reaching an audience of 40,000 to 1 million followers.

Macro-influencers are often celebs who aren’t currently on the A-list level. They could also be Forbes and LinkedIn experts in a high-profile field.

Macro-influencers are ideal for established companies who want to raise awareness of a new product or service, like the Sony promotion we mentioned earlier.

While mega-influencers have a wider reach, a larger number of macro-influencers are available, especially in large business hubs like New York or Los Angeles. You shouldn’t have too much trouble finding someone at this level willing to promote your hotel for the right price.

The less expensive but still valuable route is working with micro-influencers. These individuals wouldn’t be considered celebrities, but still have a loyal following and are considered somewhat of an expert in their field.

Because they’re trying to work their way up to the macro-level, they’ll interact with their followers more, boosting their trust.

You’ll find many micro-level influencers have between 1,000 and 40,000 followers as an Instagrammer, for instance, but not as many on another platform.

Before you approach these people about a potential partnership, verify that their main platform actually reaches your target audience demographics, or the Instagram stories they post won’t help you.

If you’re interested in attracting a specific type of audience to your hotel — like wedding parties or religious groups, for example — it might help to select a micro-influencer with a very niche following. They might not have as many followers as higher-level influencers, but their opinion might carry more weight with those they do have.

The new kids on the block are the nano-influencers. They may be experts in their subject area, but don’t have too many followers yet.

Those who do follow them tend to be loyal and easily persuaded by the influencer’s opinions. Because their audience isn’t as large, they can have a higher level of engagement with each of their followers to build more of a personal connection.

As a bonus, they may be willing to work with you in exchange for free products (ie, a free night or two at your hotel). You might even barter services with a bunch of nano-influencers who can all spread the word to their followers — ultimately reaching the same size audience as paying a lot of money to work with a higher-level influencer.

Hotel Reviews: How to Leverage Them

Now that you know which level to aim for, how do you choose an influencer to approach?

Use these simple tips to narrow down the right types of influencers:

Influencers at the micro-levels and above are used to receiving outreach partnership proposals.

When you submit your proposal, be clear and concise. Let them know what you can offer and what you expect in return. Then let them continue the conversation if they’re interested.

There are also agencies that work as the go-between for brands and influencers. You could hire an agency to recommend a list of influencers that might be appropriate for your next campaign and help you negotiate contracts. In addition to reaching out and attempting to negotiate contracts, you can attract attention from influencers in other ways, too.

By booking events that influencers attend — or creating your own and inviting your brand partners — you’ll boost your hotel’s exposure.

Work on building your hotel’s reputation as an influencer-friendly location with plenty of events, and these brand ambassadors-in-the-making will come to you.

Tons of major hotel brands are working with influencers.

Ritz Carlton’s hotel management teams scroll through social media influencers and invite those that interest them to stay at their resort for free for up to one week, including airfare. In exchange, the influencer posts a couple of photos during their stay and promote the hotel.

Hilton Hotel brands target millennials and younger generations by offering live music and entertainment. Only Honors Rewards members with enough points are invited — unless you’re an influencer chosen to promote these events.

Your hotel can blaze a trail in the hospitality industry with the right influencers and a strong social media marketing campaign.

Read more: How To Get More Traffic To Your Hotel [And More Bookings]

Marketing has evolved significantly over the past decade, and only the businesses that know how to stay on the cutting edge continue to be successful.

By booking influencer events and attracting partnerships, you’ll be making an investment that will likely pay off with a return of 600% or more. It’s a fast way to accelerate your hotel’s promotion and increase sales with minimal risk.

Another great way to promote your hotel and increase sales is to establish yourself with a Lodging Performance Network like Hotel Engine. Learn more about how easy it is to become a partner with us and start earning high-value group bookings. 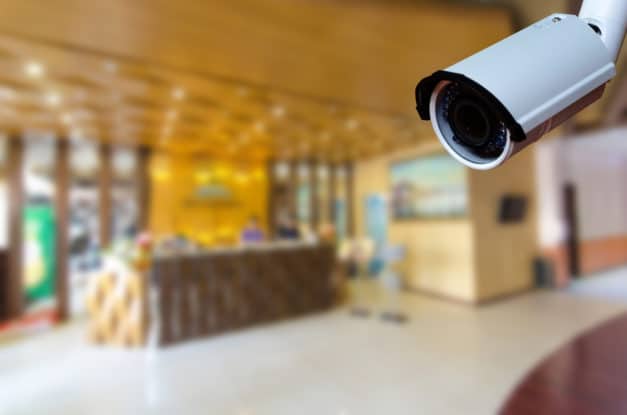 Business Travel Guide 15 Historic Hotels to Stay in On Your Next Trip By Audrey Fairbrother - Dec 21, 2022