We offer innovative technology and unrivaled support that connects businesses with lodging partners, driving savings and efficiency for both sides. Hotel Engine has been on an impressive growth trajectory since we began, and it’s all fueled by our incredible team. We were recently named a Top 10 Denver Tech Employer for 2022 by the Denver Business Journal. We’re proud to have been named one of Colorado’s Best Places to Work for the past three years in a row.

Meet our Executive Leadership: The team that leads the team. As founder and CEO of Hotel Engine, Elia Wallen is responsible for defining and executing the company’s strategic vision.

Under his leadership, the company experienced 122% growth in 2020 during a pandemic that devastated the travel industry. In late 2021, the company raised $65M in a Series B round, resulting in a $1.3B valuation — nearly nine times higher than the $150M valuation it achieved when it raised $16M in a 2019 Series A round after bootstrapping for two years.

Prior to Hotel Engine, Elia founded another bootstrapped company, Travelers Haven, which provides corporate housing solutions that reduce the cost of workforce housing for employees.

Elia's been a hobbyist beekeeper since he was 15, and his very first company sold honey. Danielle Press is Senior Vice President of Sales at Hotel Engine. She is instrumental in leading the sales function and team amidst the company’s immense growth, re-building and re-imagining their core business and sales culture.

Danielle previously held a 16-year track record building, leading, and scaling high performing sales teams at Staples. This included inside and outside sales, new business management, and account management. While at Staples, Danielle turned around underperforming teams (No 31 to No 1) in 18 months. She also built an inside acquisition engine that generated 4X productivity.

Danielle is passionate about supporting women in the workplace. She enjoys volunteering her time with professional groups such as the Revenue Collective — a sales and marketing organization — and #GirlsClub — a professional community aimed at empowering women.

Danielle secretly wishes to be an American Idol Superstar. Amita Agnihotri is the Senior VP of Product for Hotel Engine. She ensures the company continues to provide a world-class platform and top-notch customer experience. She is also responsible for managing Hotel Engine’s product team and driving the planning and execution of their product roadmap.

Amita brings more than 17 years of professional experience in business and product roles. Most recently, she was a Product Lead at Airbnb, where she created and led two net new product verticals focused on increasing community trust.


Prior to joining Airbnb, Amita was Head of Product Management at Amazon, where she focused on defining best-in-class customer facing experiences. She also served as the General Manager for Amazon Drive, driving Amazon’s consumer cloud storage product strategy. She currently resides in Seattle, Washington.

Amita loves live music and going to concerts. She (hesitantly) admitted that the first concert she attended was Christina Aguilera when she was 16. Anwar Musa is the Vice President of Supplier Relations at Hotel Engine. As an award-winning revenue management professional, he brings over 15 years of experience working in several high-profile roles for large hotels and hotel management companies.

He currently serves as a board member for Children of Uganda, where he utilizes his experience in budgeting, yield management, negotiations, marketing, profit analysis, and building high-performing teams to help the organization reach its goals of empowering and educating women and youth in Uganda.

Anwar is an artisan baker and make loaves of bread weekly. John Siladie is Hotel Engine’s VP of Engineering. He leads their team of engineers, building the software that makes all of the magic happen. He is responsible for all of the company’s main product & software applications — including building the features, ensuring uptime, reliability, scalability, and compliance, as well as advancing their infrastructure.

John brings over 20 years of professional software experience working in large, medium, and small businesses. He founded multiple startups including 60mo — a tool for forecasting and analyzing businesses’ finance, HR and shareholder data — and ExpenseBot, an automated expense management system. Prior to Hotel Engine, John served as the Senior Software Engineer at Travelers Haven and the technical co-founder of SmartCapital.

In college, John played basketball against LeBron James and his middle school friends in Akron, OH. Florent Silve is Hotel Engine’s Vice President of Data. He leads the company’s data engineering, data science and analytics teams responsible for the data infrastructure and for delivering high-quality analytics and data services across the company. An accomplished data scientist and machine learning engineer, he has successfully built and scaled numerous data functions at high growth companies.

Prior to joining Hotel Engine, Florent was leading the data science and machine learning team at Sonder, a tech-driven hospitality company based in San Francisco. He built the team from the ground up and worked on the development of the company’s proprietary models and algorithms for real-estate valuation and dynamic pricing. Prior to that, Florent was a staff scientist and head of solutions engineering at Premise Data where he worked on building data and analytics products leveraging the company’s ground truth crowdsourcing platform for applications in finance, international development, and health. Trained as both an engineer and economist, Florent spent his early career as an economist in finance and economics consulting and in the Office of the Chief Economist of the European Bank for Reconstruction and Development in London.

Florent grew up in a remote town in the middle of the French Alps but ended up living and working across 4 continents! Harrison Doyle is Hotel Engine’s Vice President of Finance. A seasoned finance professional, Harrison oversees the continued development, refinement, and optimization of the Hotel Engine business model. He came to Hotel Engine most recently from Procore Technologies, a provider of cloud-based construction software. He held prior roles at Pacific Crest Securities and Goldman Sachs, and completed his education at Claremont McKenna College.

Born in London, Harrison is a huge soccer fan, and enjoys many active hobbies like cycling, hiking, skiing, kayaking, and surfing (although he will be putting away the surfboard after relocating from Santa Barbara, CA to Denver, CO). He lives with his fiancé and their Golden Retriever, and he loves to unwind with sci-fi novels and TV at the end of the day.

Fun Fact: When Harrison was 12 years old he had a small acting part in a kids’ comedy show called Kicking & Screaming, and he is still a member of the Screen Actors Guild! Ali Jarosh is Hotel Engine’s Vice President of Account Management, overseeing customer relationships and experience. Ali is an executive with more than 15 years of success creating and scaling teams for growth. She came to Hotel Engine from Trimble Transportation, an explosive growth startup that she helped grow to over $650M in recurring revenue. At Trimble, Ali led teams in customer operations, support, beta, experience and success — if the word "customer" was in the role, she probably did it! Her favorite role was creating an Account Management team from the group up.

Ali believes that the best business stories are powered by incredible people, and she’s thrilled to be a part of the amazing team at Hotel Engine. She is based in St. Paul, MN.

Fun Fact: In college, Ali worked as a costumed character at parades and festivals. Clifford the Big Red Dog was her favorite!

Want to see what we've been up to? Check out some of our most recent company news. 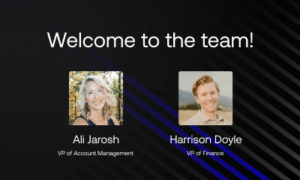 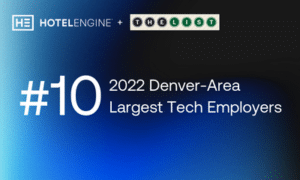 We look for candidates with diverse talents and backgrounds who are energized by our culture. Find out if we might be a good fit for you.

Careers
By clicking “Accept All Cookies”, you agree to the storing of cookies on your device to enhance site navigation, analyze site usage, and assist in our marketing efforts.
Cookie SettingAccept All Cookies
Manage consent